A ticket for the show at The Birmingham Town Hall in Birmingham, England on the 25th January 1971.

The ticket says Van Der Graaf Generator on it because they were the most well known act on a tour which Genesis were signed to as a support band.

(Many thanks to Jeff Kaa for this early ticket) 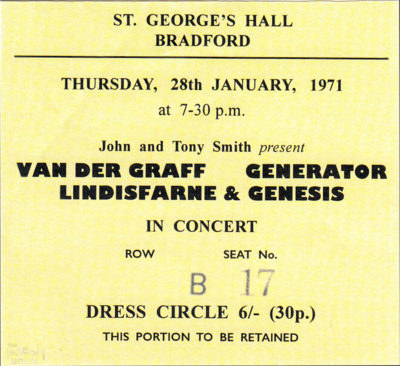 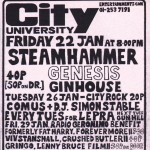