This is a photo taken by Paul Canty for London Features International Limited (L.F.I.), on the 10th September 1977 at The Garden Party X (10) held at Crystal Palace, with Santana headlining the all day show.

Brand X, played two gigs on this day as covered in a feature in Sounds on the 1st October 1977, titled A Gig Too Far! In which Brand X are reported to have played at Crystal Palace before hopping onto a plane over to France to play a gig at a festival being held there.

(Many thanks to Mark Kenyon for this photograph) 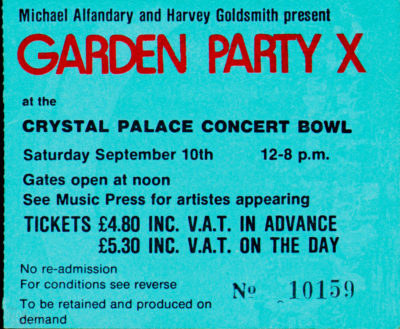