The Wind And Wuthering Tour

This is a review of the Genesis gig at Earls Court in June 1977, Includes a piece about the support artist Richie Havens.

Review titled as “People in the Summer” written by Toshinori Yajima for the Japanese music magazine Rockin’f. Published in their August edition in 1977 which followed the magazine tradition of having the next months date on it e.g September.

Featuring photos from the Earls Court performances with Genesis and one of Richie Havens.

(Many thanks to Mark Kenyon for this item) 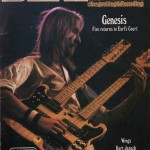 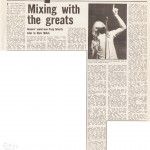