This is a live album taken from a Live desk recording of a late performance at The Roxy in L.A on the Product album tour of the USA in September 1979.

Recorded at the Roxy Theatre, Los Angeles, California on Sunday, 23rd September 1979 11:30 pm to 1:00 am.
This recording of Brand X captured live at the peak of the bands career has never been previously issued. 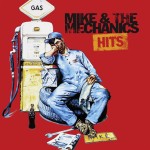 OLDERHits (Mike and the Mechanics)